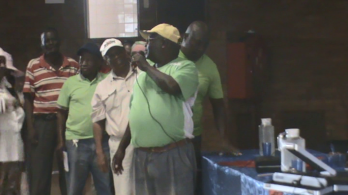 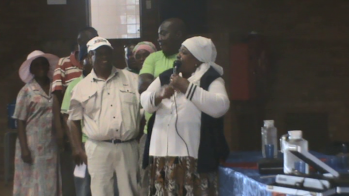 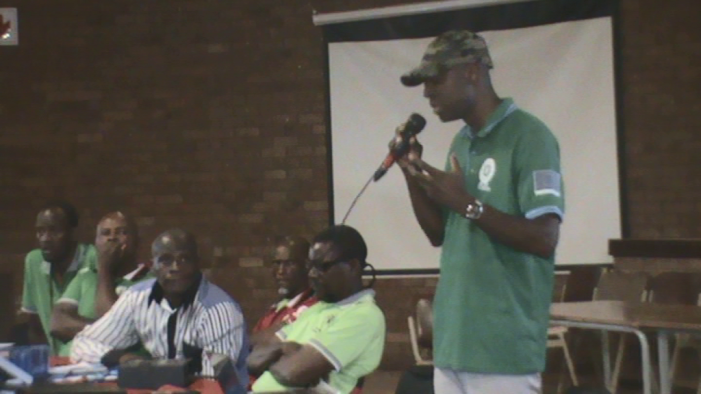 BLBA held a successful march demonstration and its Annual General Meeting on Sharpeville Day, March 21 in commemoration of the human rights month. The march which started at Mogono Section of Luka Village, culminated into a General Meeting at Thethe High School.
Bafokeng communities commended the leadership of BLBA for their resilience in their fight against mining injustice and poor, repressive traditional governance by the Royal Bafokeng chief.
Communities welcomed the recent NW Appeal Court judgment in which the Court found conduct by the Bafokeng chief and his so called Supreme Council to be in violation of communities’ right to be consulted. The communities expect the Court to refuse the chief an opportunity to appeal the matter. Communities have vowed that should the chief appeal the matter, it would be for his personal account, and that he should actually be impeached for his delinquent autocratic behaviour.
The communities further welcomed grant support by International Alliance on Natural Resources in Africa (IANRA) and the European Union Parliament for communities to develop relationships with their Members of Provincial Legislature responsible for mining and traditional leadership. Communities hope to inform MPLs about developments in their mining affected areas, and to hold MPLs accountable.
The mine-hosting Bafokeng communities are worried that they made inputs against the MPRDA Amendment Bill in recent public participation processes, and yet the Provincial Legislature voted in favour of the Bill, against communities’ wishes.
It is on this latter point and many others that the communities called for the recall of Premier Supra Mahumapelo with immediate effect.

This entry was posted in Uncategorized.